The Georgia General Assembly approved a joint resolution on July 7, 1914, to place an amendment on the November 3, 1914, election ballot that proposed the creation of Barrow County County. The approval of the amendment by Georgia voters officially created the new county. The land for the county came from parts of Jackson, Gwinnett and Walton Counties.

Barrow County County is named after David Crenshaw Barrow County Jr., alumnus, professor and chancellor of the University of Georgia.

Banks County was created by an act of the General Assembly signed by Gov. Joseph E. Brown on Dec 11, 1858. According to that legislation, the county was to be laid out from portions of Franklin and Habersham counties on Feb. 1, 1859, with county officers elected the next month. Georgia’s 129th county was named for Dr. Richard Banks, a noted Gainesville physician and surgeon who died three years earlier.

The early economy in Banks County was based on cotton and corn, but this gave way to beef and poultry production in the 1920’s and textile manufacturing and poultry feeds by the 1960’s. The county seal displays the date it was founded along with the historic courthouse. Work began on the courthouse in 1860, but the outbreak of the Civil War delayed completion of the building until 1863. The courthouse stills stands with the giant oaks out front memorialized by the “From the Acorn to the Oak” also depicted at the bottom of the seal.

Ty Cobb was born in Banks County on December 18, 1886 at 1350 Hwy. 105 (Ty Cobb Parkway), Ty Cobb spent 24 years playing professional baseball and was the first player to be inducted into the Baseball Hall of Fame.

Clarke County was created in 1801 by an act of the Georgia General Assembly on December 5th. It was named for Revolutionary War hero Elijah Clarke and included 250 square miles that was formerly part of Jackson County. Colonel Clarke played a leading role the 1779 victory at the Battle of Kettle Creek in Wilkes County. The Elijah Clarke Chapter of the Daughters of the American Revolution erected a monument to him in Broad Street in Athens.

Was named for Button Gwinnett, one of the signers of the Declaration of Independence. The county is the Atlanta metropolitan area’s north-eastern link to Interstate 85, and is the second most populous county in the state, after Fulton County, with an estimated population of 805,321. Its county seat is Lawrenceville.

Was created on December 15, 1818, from Cherokee lands ceded by the Treaty of Cherokee Agency (1817) and Treaty of Washington (1819).
The county is named for Dr. Lyman Hall, a signer of the Declaration of Independence and governor of Georgia as both colony and state.

On February 11, 1796, Jackson County was split off from part of Franklin County, Georgia. The new county was named in honor of Revolutionary War Lieutenant Colonel, Congressman, Senator and Governor James Jackson. The county originally covered an area of approximately 1,800 square miles, with Clarkesboro as its first county seat.

In 1801, the Georgia General Assembly granted 40,000 acres of land in Jackson County for a state college. Franklin College (now University of Georgia) began classes the same year, and the city of Athens was developed around the school. Also the same year, a new county was developed around the new college town, and Jackson lost territory to the new Clarke. The county seat was moved to an old Indian village called Thomocoggan, a location with ample water supply from Curry Creek and four large springs. In 1804, the city was renamed Jefferson, after Thomas Jefferson.

In 1880, the courthouse built on the hill north of the square was the oldest continuously operating courthouse in the United States until 2004, when the current courthouse was constructed north of Jefferson.

Oconee County was created from the southwestern part of Clarke County in 1875 by the Georgia General Assembly. The new county was created to satisfy southwestern Clarke County residents’ demand for their own county after the county seat was moved from Watkinsville to Athens by the General Assembly in 1872. It is named for the river flowing along part of its eastern border.

Walton County was created on December 15, 1818. It is named for George Walton, one of the three men from Georgia who signed the United States Declaration of Independence. The other two were Button Gwinnett and Lyman Hall. 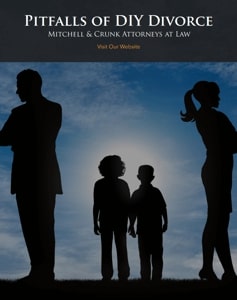 If you have questions about family law, do not hesitate to contact us onlineor call (678) 701-6252. Same-day appointments and payment plans are available.

“We had a great experience and I’m sure you will too!”